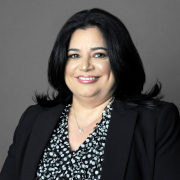 With more than 20 years of experience, Myrna L. Maysonet is a partner with the Labor and Employment and Class Action Defense practice groups and serves as the firm’s Chief Diversity Officer. She concentrates her practice in employment litigation, counseling and defending corporations in all areas of employment including but not limited to hiring, disciplining, discharging employees and post-discharge litigation. Ms. Maysonet litigation experience involves a large spectrum of employment-related issues, such as defense of discrimination complaints under Title VII and state counterparts, unpaid wages, minimum wage and overtime disputes under the FLSA and state counterparts, ADA, FMLA, ADEA, labor management disputes under collective bargaining agreements and the NLRA, OSHA federal regulations and employment class-actions (Rule 23 and collective actions). Likewise, Ms. Maysonet routinely protects employers’ rights against administrative agencies such as the EEOC, DOL and the NLRB and multiple jurisdictions in states such as Florida, Nevada, Utah, Tennessee and South Carolina.

In addition, Ms. Maysonet is recognized for her experience in the timeshare industry and has drafted analysis of the FHA and ADA rules, as they relate to the industry, for the American Resort and Development Association. She is also a soughtafter speaker at many employment-related functions and has been quoted for employment-related articles and radio and television programs, in English and Spanish.

Ms. Maysonet is regularly featured on local, national and Hispanic networks including El Sentinel Orlando, Univision, Orlando Business Journal, South Florida Business Journal, Law360 and HR Magazine. She is an advocate for LGBTQ, women’s rights and incorporates these values into her practice. Additionally, she has covered these issues in a number of speaking engagements and panel discussions. Some topics include: “Defeating Gender-Biased Harassment in the Workplace,” “Transgender Employees and The Workplace: Breaking the Barriers,” “Labor & Employment Issues in Cannabis: Employer Rights vs. Employee Rights,” and “Legal Issues Affecting the LGBT Community: Marriage, Adoption, Surrogacy, and Employment Law.”

Prior to joining Greenspoon Marder, Ms. Maysonet served as a Judge Advocate General in the United States Navy, where she represented service members in felony and misdemeanor cases. She also served as a Staff Judge Advocate and Counsel to the Captain of the Submarine Base at Kings Bay, Georgia. During that time, she was an advisor on issues relating to military discipline, labor relations, employment law for civilian workforce and state and federal laws.