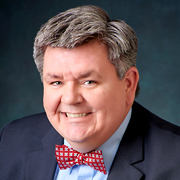 Jimmy Midyette is an attorney in private practice with The Luna Law Firm in downtown Jacksonville. After receiving his undergraduate degree in Political Science and Public Relations from the University of North Florida, Jimmy got his Juris Doctorate at The Florida State University College of Law where he was active in the National Lawyers Guild and the Outlaws LGBT law student association. Jimmy was proud to be a PFLAG scholar during his time at in college and law school.

Born to a loving family of modest means, Jimmy saw the law as a way to help balance the scales of justice in favor of low-income families and those with special needs. He began his legal practice at Jacksonville Area Legal Aid representing victims of domestic violence, those infected or affected by HIV/AIDS, and low-income seniors. Jimmy next worked for Florida Legal Services, based in Tallahassee, where he took his advocacy on behalf of everyday Floridians to the State Capitol and to every county of the state. Jimmy is a Fellow of The Florida Bar Foundation and continues to support access to civil justice for all Floridians.

A proud native of Jacksonville, Jimmy traces his deep roots in the Territory of Florida to the 1830s when his forbearers settled and thrived on the cracker longleaf pine flatland. Jimmy is committed to helping Jacksonville realize its potential economically, politically, and socially. Jimmy is a lay leader at his church, Riverside United Church of Christ, where his faith is restored and strengthened each Sunday.

Jimmy came out as a teenager in the mid-90s and gravitated quickly to JASMYN where he met friends and mentors that have become important members of his extended family. At JASMYN, Jimmy was a youth leader and became the first part-time employee of the fledgling nonprofit. He went on to become the first JASMYN alumni to lead the Board of Directors. At JASMYN, Jimmy organized with other LGBT youth leaders around Florida and the nation. When a rash of anti-LGBT violence erupted in local schools, Jimmy helped form the Northeast Florida Safe Schools Coalition and advocated for needed protections from the Duval County School Board. Jimmy was active in Community Rainbows, the Ryan White Planning Council, JCCI, Unity Leadership, and PFLAG.

Jimmy has been recognized with a number of awards for his work on behalf of the Jacksonville community including the LGCAJ Gay Pride Award, JALA Equal Justice Award, and UNF LGBT Alumni of the Year. Over the years, he’s been honored with various Jacksonville Rainbow Community Awards including Hall of Fame, Most Influential, Best Attorney, and various organizational awards for JCE.

Jimmy continues his work for full equality in Jacksonville as the Legislative Director of the Coalition for Equality wherein he works closely with the LGBT community, Mayor, City Council, business leaders, and faith leaders. He does this while also maintaining a thriving private legal practice at The Luna Law Firm in Jacksonville.