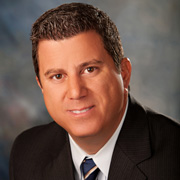 An award winning journalist, Greg Pallone covers his home community as a Field Anchor and Brevard County Bureau Chief on the Space Coast for the News 13 Brevard County Newsroom.

“I love meeting people and telling their stories. That is what local news is all about,” says Pallone. “It’s an opportunity to make a difference on daily basis.”

That’s exactly what Greg does as a Brevard County Newsroom reporter. Greg also covers space-related stories from the Kennedy Space Center, including shuttle launches, landings and the future of space travel.

Before joining Central Florida News 13, Pallone was most recently the main anchor and nightside Managing Editor at the ABC/FOX combo in Savannah, Ga. It’s the same station where he began his professional broadcast journalism career 10 years earlier.

Greg grew up in Marietta, Ga. He attended college at Georgia Southern University in Statesboro, and interned at a small cable station there. After graduation, Pallone worked as an anchor-reporter in Savannah and Albany, Ga. and as a reporter-anchor in Huntsville, Ala. and Charlotte, N.C. before returning to Georgia as a reporter for the CBS affiliate in Atlanta.

Greg has won two awards from The Associated Press for breaking news coverage. He has also been honored by the Society of Professional Journalists for excellence in broadcasting.

Greg certainly enjoys the outdoors and all it has to offer. When he is not exploring Florida, Greg plays golf, works out and roots for the Atlanta Braves. Greg lives in Melbourne with his beautiful wife, Katie.