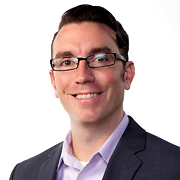 As the Operations Training Manager for Wyndham Vacation Ownership (WVO), Bob Kujawa designs, develops, and leads programs to support more than 8,000 associates across more than 200 resorts. Originally from Buffalo, NY, he has spent most of his career in the service industry with the Walt Disney Company, Sea World, Universal Orlando, and WVO. He joined WVO in 2011 at the resort location at Bonnet Creek, which is located within the Walt Disney World property. Mr. Kujawa was promoted in the Learning and Development team in 2012. He is currently based at the WVO corporate office in Orlando, but travels often due to his role within Operations Training for resorts.

Mr. Kujawa is also Co-President for the Orlando Chapter of WYNPride, the associate business group for LGBT and allies. Having worked for so many inclusive organizations, he saw an opportunity to make a difference in the local area. To further these efforts, he got involved with WYNPride because he believes that bringing your true self to the workplace helps create a sense of family and community, and support for others. Mr. Kujawa has been instrumental in building a partnership with Zebra Coalition, a non-profit organization focused on LBGT youth in Orlando. His relationship and relentless focus helped to establish the first WVO associate business group to adopt a signature charity and to align with the corporate focus on children. Furthermore, when the Zebra coalition expanded their emergency housing, Mr. Kujawa leveraged his network of professionals and vendors to help furnish much needed supplies for the new home.

In addition to his work with WYNPride and Zebra Coalition, Bob participates in the MBA, Central Florida’s LGBT Chamber of Commerce. As a former professional baker, this foodie loves to travel and experience new foods and restaurants. Bob is excited to champion WVO’s commitment to diversity and hopes that his passion may inspire others to get involved.

Wyndham Vacation Ownership, Inc. is the world’s largest vacation ownership company with more than 915,000 owner families and more than 200 resorts located throughout the United States, Canada, Mexico, the Caribbean and the South Pacific. The company employs more than 15,000 associates worldwide.